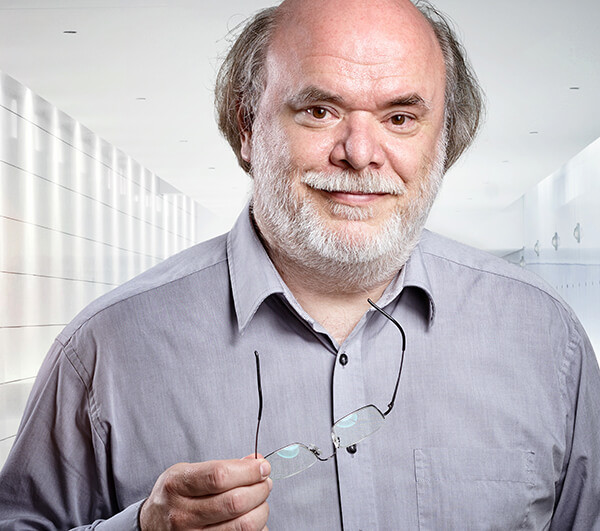 Among the signatories are top researchers from 20 European countries, from all areas of AI, including many editors of top scientific AI journals, leaders of national AI societies, heads of top research AI institutes, and other top scientists. Starting immediately, additional supporters can sign the letter electronically at claire-ai.org.

In their letter, the experts argue that research on artificial intelligence is of crucial importance for Europe’s future. “We live in a knowledge-driven world,” says Holger Hoos, Professor of Machine Learning at Leiden University and one of the initiators of the letter. “Knowledge and smartness are the most valuable resources in any society. Hence, investing in research and education is smart. Investing in research and education in artificial intelligence is doubly smart: It gives intelligent people and machines.”

The USA and China, even Canada, are investing substantially. Last year, China announced a program aimed at achieving world dominance in all areas of artificial intelligence technologies by 2030. This concerns Morten Irgens, Vice Rector at Oslo Metropolitan University: “If it had been any other area, I would have said, good for them, we have a number of other areas we are good at. But when it comes to building intelligent machines which basically may transform and establish dominance in any imaginable area, from consumer goods to security, we better not keep our heads in the sand.” “Artificial intelligence is a global ‘game changer’,” continues Irgens. “It will transform our lives and our societies. It is sometimes said that the best way to meet the future is to create it. Let us not leave that to others.”

On 10 April 2018, 25 European countries signed a pledge to increase funding and coordination of AI research, and two weeks later, the European commission published initial plans to fund AI research and innovation with about 20 billion Euros. “This investment is enormously important for Europe,” says Prof. Philipp Slusallek, scientific director at the Germany Research Center for Artificial Intelligence (DFKI), the world’s largest AI research center. “But let us be smart about how we use it. We, who have signed this letter, feel it is necessary to invest in research excellence in all areas of artificial intelligence, across all of Europe.”

The initiative calls for the establishment of a Confederation of Laboratories for Artificial Intelligence Research in Europe (CLAIRE). A large central hub provides the experimental, data, and computing resources that would otherwise be unattainable and provides them to strong regional centers of excellence and all other partners. “CERN is an excellent model of what we plan to achieve with CLAIRE,” says Slusallek. “The core research is done by many excellent researchers and labs distributed across Europe and the world. But by coordinating their research they get much more leverage and wider recognition in all areas.”

“Europe needs not only to increase its research and development in AI, but also join forces,” adds Prof. Hoos. “Europe has many excellent researchers in AI, and many excellent research groups. But it is important that we build on Europe’s strengths: Responsible research and innovation, placing the human in the centre.” “We need AI that complements human intelligence rather than replaces it,” continues Hoos, “AI that helps us overcome our limitations and biases. This is a key aspect of the human-centred approach to artificial intelligence called for by the CLAIRE initiative.”

“Industry in many European countries is very well positioned to deploy AI technology,” says Irgens. “The question is whether that should be technology developed elsewhere, or AI ‘made in Europe’, strongly based on European values, such as transparency, fairness, social compatibility.”

About the initiative
“CLAIRE” is an acronym for “Confederation of Laboratories for Artificial Intelligence Research in Europe”, or colloquially, “the Clan of Labs for AI Research in Europe”. The initiative was launched by Dr Holger Hoos, Professor of Machine Learning at the Leiden Institute of Advanced Computer Science (LIACS) at the University of Leiden, The Netherlands, Dr Morten Irgens, Vice Rector at Oslo Metropolitan University, Norway, and Prof. Philipp Slusallek, Scientific Director at the German Research Center for Artificial Intelligence (DFKI), Germany. The German Research Center for Artificial Intelligence (DFKI) is one of the world’s largest nonprofit contract research institutes for software technology based on artificial intelligence (AI) methods. Oslo Metropolitan University (OsloMet) is one of Europe’s youngest universities, with a particular focus on technological transformation of society and work life. Leiden University (Universiteit Leiden) is the oldest university in the Netherlands and among the top 100 research-intensive universities in the world.

Support by top AI researchers
Among the signatories are many editors of scientific AI journals, leaders of national AI societies, heads of top AI institutes, and other top scientists, including

Strong support of the initiative is also evident from the reactions of leading members of the European AI community:

“AI will have a huge influence on our society and is currently developed elsewhere, driven by commercial and military objectives. Within the CLAIRE initiative, we are working to shift the AI research agenda to emphasize our European values of fairness, truthfulness and privacy. Such technology will give us an edge in emerging applications in medicine, digital government, and legal services, to name a few examples.”Prof. Dr. Boi Faltings, AAAI and EurAI Fellow, Swiss Federal Institute of Technology, Switzerland.

“We welcome the advent of a unified community of European researchers under the broad banner of AI (starting with, but not limited to, Machine Learning) that puts humane values upfront, and hence strongly support the establishment of a Confederation of Laboratories for Artificial Intelligence in Europe (CLAIRE).”
Prof. Dr Michèle Sebag and Prof. Dr Marc Schoenauer are co-heads of the INRIA/CNRS/Université Paris-Sud TAU team, dedicated to Machine Learning and Optimization in underspecified contexts; Michèle Sebag is EurAI Fellow, member of the French Academy of Technologies, and former president of AFIA, the French AI Society; Marc Schoenauer was a Member of the recent Villani mission on French AI strategy, is chair of ACM-SIGEVO, and former president of AFIA, the French AI society.

“Europe has always played a major role in AI, but now there is a danger that without a determined reaction at all levels (academia, governments and private sector), Europe might lack behind China and the US. Therefore, I very strongly support this much needed initiative to boost AI in Europe by performing high quality human-centered AI research across all AI and all Europe.”
Prof. Dr Ramon Lopez de Mantaras, EurAI Fellow, Former IJCAI President and Trustee, Director, Artificial Intelligence Research Institute (IIIA-CSIC), Spain.

“The goal is not to beat the US and China in terms of narrowly defined publication statistics, but to ensure that we in Europe are the first to successfully transfer research results in AI into products, services, and social innovations that provide clear benefits for European citizens and further strengthen our economy.”
Prof. Dr. Wolfgang Wahlster, EurAI Fellow, AAAI Fellow and GI Fellow, Director and CEO of the German Research Center for Artificial Intelligence (DFKI) and Professor of Computer Science at Saarland University, Saarbrücken, Germany.

“This is an exciting initiative. I hope that, despite Brexit, the UK can play a full role in it. Statistical machine learning has made some amazing advances, but we are now beginning to see its limitations, especially regarding explainability, or rather the lack of it. The next stage of AI will require a combination of logical and statistical techniques.”Prof. Dr. Alan Bundy, Eur AI Fellow, AAAI Fellow, ACM Fellow, Royal Society Fellow, Royal Academy of Engineering Fellow, Commander of the British Empire, University of Edinburgh, UK.

“Recent breakthroughs in deep learning have created the illusion that deep learning will solve all of AI. This illusion is false as truly intelligent machines should not only learn but also reason, just like humans do. Self-driving cars, for instance, must comply with, and hence, reason about traffic regulations. The long-term promise of AI can only be realized by fostering all AI techniques. A too narrow focus is like claiming that the important invention of rubber tires in the automobile industry could also lead to better engines.”Prof. Dr. Luc De Raedt, EurAI Fellow and ERC Advanced Grant holder, KU Leuven, Belgium.

“AI techniques must be human-centered, and Europe can bring this to the current AI revolution. AI machines that collaborate with people instead of replacing them, AI programmes that can explain their conclusions, and that respect important values such as transparency and fairness are crucial to the beneficial use of this technology for society.”Prof. Dr Frank van Harmelen, Member of the Royal Netherlands Academy of Arts and Sciences and member of the Academia Europaea, Vrije Universiteit Amsterdam, The Netherlands.

“AI in Europe requires a broad basis. Many and diverse talents are needed to further AI research and innovation to benefit our continent. Now is the time to invest in Europe’s globally recognized centers of excellence in AI to lead the way in AI with a European face.”Prof. Dr. Maarten de Rijke, Director Innovation Center for AI; Member of the Royal Netherlands Academy of Arts and Sciences; University of Amsterdam, The Netherlands.