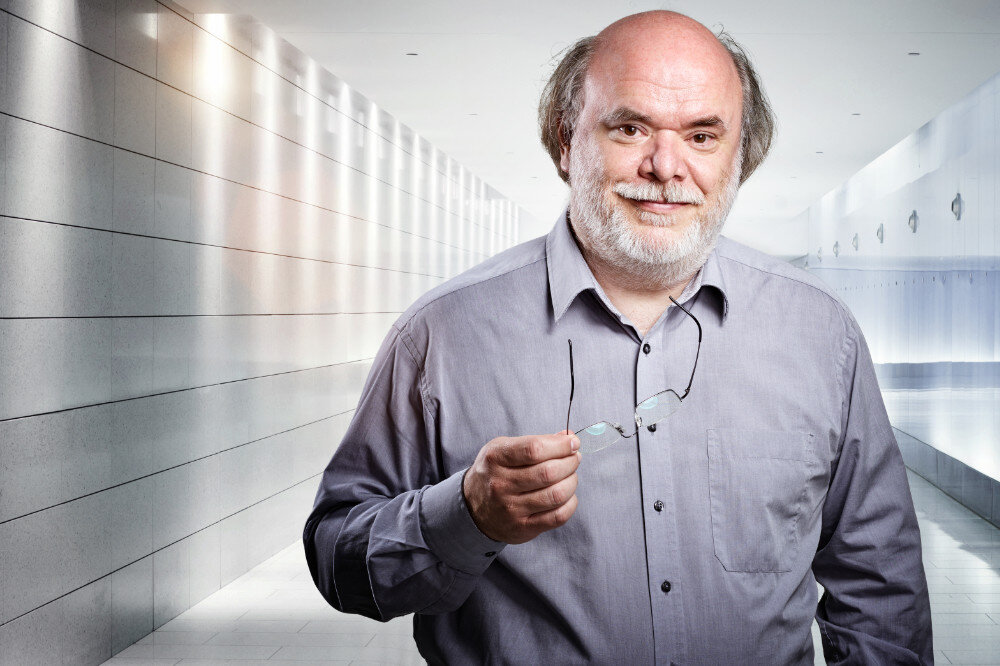 The “Academy of Motion Picture Arts and Sciences” not only awards actors and filmmakers with the distinction known as the “Oscar.” Oscars are also awarded for technical merit. This year, the basic research and technological development of the “Intel Embree Ray Tracing Library” will be honored with the Technical Achievement Award. Three award winners earned their doctorates under Philipp Slusallek at Saarland University. The university professor and DFKI researcher has significantly advanced the award-winning ray tracing technology over the past two decades. Today, this technology provides many Hollywood movies and computer games with the perfect images and can also recently be found in almost all graphics processors.

At the virtual award ceremony on February 13, Sven Woop, Carsten Benthin, and Ingo Wald will receive the Sci-Tech Oscar. All three earned their doctorates more than a decade ago at Saarland University on the topic of ray tracing. Together with Attila T. Áfra and Manfred Ernst, they are honored for co-developing or doing preparatory research on the “Intel Embree Ray Tracing Library.” This software library was developed by Intel mainly for its own processors (CPUs). It is also freely available worldwide to all film producers and other applications as an open-source platform. In particular, the software library has been used to make animated films and virtual game worlds look as realistic as possible. It has been employed, for example, in international hit movies such as Lego Batman, Spider Man, and The Grinch, as well as in the computer game Cyberpunk 2077.

“In animated films or virtual role-playing games, it is important to correctly depict surfaces with all their shades and reflections. In each scene, it is also necessary to recalculate which objects are visible to the viewer and how the incidence of light changes during a movement,” explains Philipp Slusallek, computer graphics professor at Saarland University. Together with his team at the Saarland Informatics Campus, he has played a key role in developing the ray-tracing technology that is fundamental to this process. In 2001, together with Ingo Wald and Carsten Benthin, he published the first scientific paper on “Interactive Rendering with Coherent Ray Tracing.” In the following two decades, researchers from Saarbrücken continued to work on the topic. They were able to present four publications on the subject at the world’s largest computer graphics conference, Siggraph in Los Angeles, in the past two years alone.

As early as 2003, the current Oscar winners, together with Professor Slusallek, founded the company “inTrace,” which initially marketed the ray tracing process for the automotive industry. “This made it possible for the first time to simulate the different variants of a vehicle interior in a photorealistic way,” Slusallek explains. The high computing power that the ray tracing process demands of computers attracted the attention of chip manufacturer Intel to the Saarbrücken researchers. In 2009, the company funded the establishment of an Intel Visual Computing Institute at Saarland University with 12 million dollars – and recruited the three young researchers Carsten Benthin, Sven Woop, and Ingo Wald. After a trip to the USA, the first two Saarlanders remained loyal to their home country and built up the Intel Embree Ray Tracing Library from Saarbrücken. Ingo Wald went to the USA and, in 2018, after a decade at Intel, moved to competitor Nvidia, where he now plays a leading role in their ray tracing technology.

Philipp Slusallek now uses the method for a wide range of applications at the German Research Center for Artificial Intelligence (DFKI) in Saarbrücken, where he is now also managing director. “Among other things, we use real-time ray tracing today to generate synthetic sensor data very quickly, which can be used to train and validate AI systems. The technique is also used for radar simulation, which plays an important role in autonomous driving. In addition, daylighting systems in architecture can be optimized with it,” explains Professor Slusallek.

However, other film industry developments also come from Saarbrücken, such as modern approaches for lighting simulation. The VCM algorithm developed at Professor Slusallek’s chair is now used in almost all film industry rendering programs, such as Pixar’s RenderMan or V-Ray. “It can be used to quickly and faithfully simulate the lighting conditions in animated films so that, for example, reflecting surfaces or the cast shadows of clothing and hair look extremely realistic,” explains the computer graphics professor. For ray tracing, which must be very fast for the simulation, the algorithm often relies on Intel’s now award-winning Embree library, which Slusallek’s former doctoral students developed.

The researcher is also pleased that a 2005 Siggraph publication on ray-tracing hardware paved the way for the technology to be integrated into nearly every graphics processor sold today, already on Nvidia processors since 2018, and on AMD and Intel starting this year. “I think you can already say that we have advanced the computer world a little bit from Saarbrücken,” says Slusallek, not without pride.

800 scientists and around 2100 students from more than 80 nations make the Saarland Informatics Campus (SIC) one of the top computer science locations in Germany and Europe. Five globally renowned research institutes, namely the German Research Center for Artificial Intelligence (DFKI), the Max Planck Institute for Computer Science, the Max Planck Institute for Software Systems, the Center for Bioinformatics, and the Cluster for “Multimodal Computing and Interaction,” as well as Saarland University with three networked departments and 21 degree programs cover the entire range of topics in computer science.

Portrait photos of the award winners for download for use free of charge in connection with this press release can be found here. Press photos of Professor Philipp Slusallek are available on the pages of DFKI.