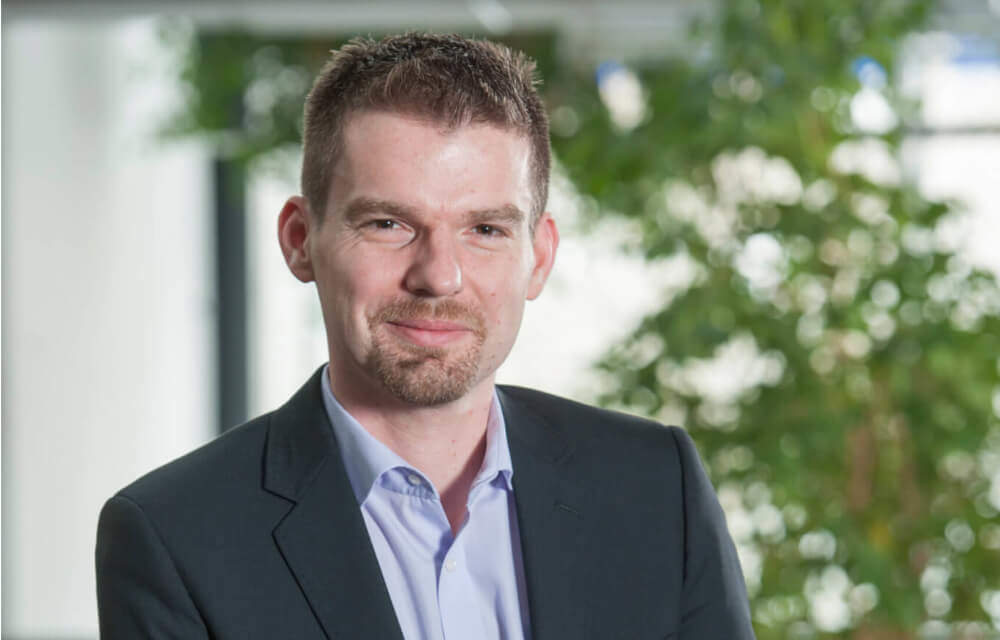 Professor Christian Theobalt, group leader at the Max Planck Institute for Computer Science in Saarbrücken, is this year’s winner of the Outstanding Technical Contribution Award, the European Association for Computer Graphics’ highest distinction for scientific findings. At the annual Eurographics conference, the prize is awarded for groundbreaking achievements in the field of computer graphics. Theobalt, a researcher at the Max Planck Institute for Computer Science, receives it “for his almost 2 decades of pioneering work on methods for capturing and re-rendering models of the static and dynamic real world in motion from camera images.”  Among other things, the award acknowledges his being one of the first to use moving images without markers in computer graphics to capture highly detailed models of people in motion.

Together with his research group, he develops image acquisition algorithms that do not require marker points on the people under observation, primarily to capture detailed models of people in motion. These are models of geometry, movement, and deformation, but also of surface and material properties. Since 2003 Christian Theobalt has been researching in the field of “Capturing Reality”. His research group develops algorithms to measure and analyze movements of real scenes in three dimensions and in real-time. One focus here is on the measurement of people. The people do not have to wear markers and can even be dressed in everyday, loose-fitting or oversized clothes. Thanks to his work, model acquisition is also possible when several people are moving quickly in the image and even overlap each other. With his latest methods, a single well-equipped PC is sufficient not only for capturing facial expressions, but also very accurately captures a person’s body and hand movements in real time.

Owing to this year’s special situation caused by the Corona pandemic, the prize will not be presented in person. The whole conference will be completely virtual to prevent the transmission of the virus. The handover of the award has therefore been postponed until next year.

In his research, he deals with fundamental algorithmic questions at the frontier of computer graphics and computer vision. In particular, he does research on: Algorithms for 3D reconstruction of static and dynamic scenes, virtual and augmented reality, markerless motion capture methods, computer animation methods, methods for inverse rendering (estimation of material and lighting properties), machine learning methods to support 3D/4D reconstruction, new cameras and sensors, methods of semantic video processing, and methods of image-based rendering.

In the meantime, a laboratory environment with defined lighting is no longer necessary, and it is possible to capture real environments with scattered light, shadows, and other complicating factors. The calculation methods he has developed are among the most advanced and efficient in the world. The methods he has developed are also the first to solve the problem of having only one camera under certain conditions. For this leap in development, he has cleverly combined algorithmic concepts from computer graphics, image recognition, and machine learning.

It is for basic research on these algorithms that he received this award. It also recognizes that these scientific findings form the basis for new possibilities in a wide range of future fields of application. Beyond computer graphics, these include virtual and augmented reality, telepresence, motion detection in medicine, human-machine interaction, and the important foundations of intelligent systems and intelligent assistants of the future that will support people in their everyday lives.

He has received numerous awards for his work, including the Max Planck Society’s Otto Hahn Medal in 2007, the Eurographics Young Researcher Award in 2009, the German Pattern Recognition Prize in 2012, two ERC Grants from the European Union, an ERC Starting Grant in 2013, and the ERC Consolidator Grant in 2017. Capital magazine named him one of the “Top 40 Innovation Leaders under 40” in Germany in 2015. Theobalt is also one of the founders of The Captury GmbH in Saarbrücken, an award-winning spin-off of his research group that markets a new method for markerless motion measurement. In 2017, he was also awarded the prestigious Karl Heinz Beckurts Prize.