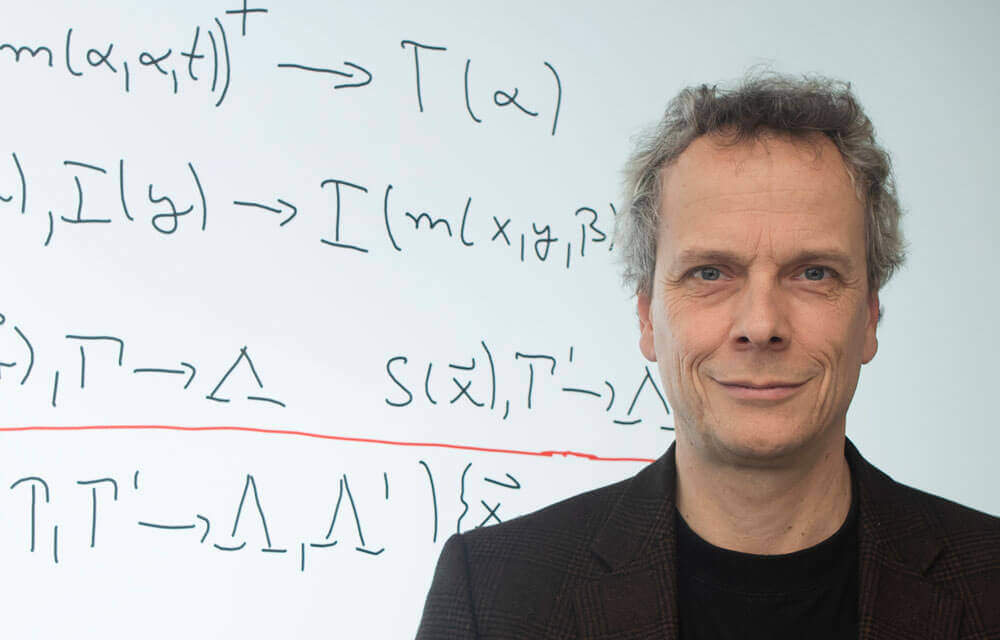 For his work "Towards an Automatic Analysis of Security Protocols in First-Order Logic" from 1999, Weidenbach received the Thoralf Skolem Prize.

2.93 trillion US dollars’ worth of transactions were carried out in online retailing worldwide in 2018. So-called security protocols form the foundation for this. Christoph Weidenbach, computer science professor at Saarland University and head of a research group at the Max Planck Institute for Informatics, made a scientific contribution to this in 1999, for which he has now been awarded the international Thoralf Skolem Prize. Today, this research is one of the bases for proving security protocols to be safe: no intruder might read or manipulate the content of a communication.

Security protocols are still being designed by people today. “However, the last 30 years have shown that people lack the imagination to crack these protocols,” explains Christoph Weidenbach, who heads the “Automation of Logic” research group at the Max Planck Institute for Informatics in Saarbrücken.

For this reason, computers were used to prove that a protocol is really safe by systematically testing it at the end. The research results of Catherine Meadows, Naval Research Laboratory, Washington, USA; Larry Paulson, University of Cambridge, Great Britain; and Weidenbach, Germany, are regarded as fundamental work on this automatic analysis of security protocols. All were published in the late 1990s.

For his work “Towards an Automatic Analysis of Security Protocols in First-Order Logic” from 1999, Weidenbach received the Thoralf Skolem Prize. This award is a so-called “test-of-time” award. It is awarded during the Conference on Automated Deduction (CADE), the leading international conference in the field of machine generated proofs. The key is that the international jury does not award the prize for a current research result, but for the influence of the published work on science and applications over at least the past ten years.

In particular, the jury praised two aspects of Weidenbach’s work: The paper described for the first time how machine-supported proof techniques can be applied to security protocols for key exchange. Christoph Weidenbach also provided new results on the decidability and undecidability of so-called Horn formulas, which provide the mathematical representation of security protocols, but also of programs in general.

This is the second time after 2017 that Weidenbach has received the Thoralf Skolem Prize. This prize has been awarded since 2014; it is awarded to scientists who presented their research results at the conference and who have thus shaped the field of research over the past 10, 20, 30 and 40 years. The Norwegian mathematician Albert Thoralf Skolem, who received so much attention for his doctoral thesis in 1926 that even the Norwegian king learned about it, is the eponym for the award. In addition to philosophical writings, Skolem created the mathematical groundwork that today forms the foundation of computer science.