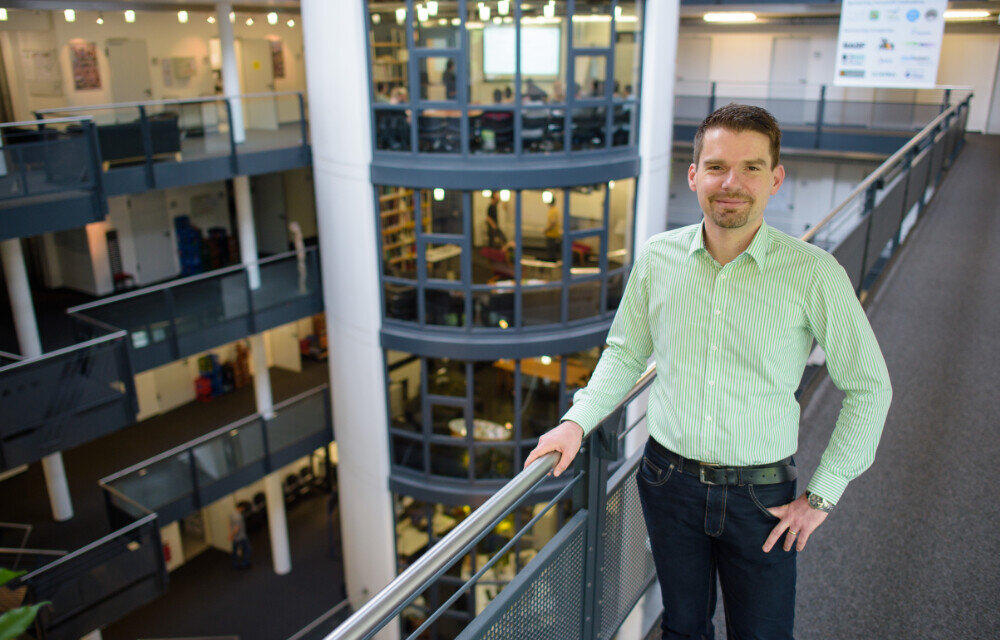 The Max Planck Institute (MPI) for Informatics in Saarbrücken (Germany) and Google have agreed on a strategic partnership to establish the “Saarbrücken Research Center for Visual Computing, Interaction and Artificial Intelligence (VIA)” at the MPI for Informatics. The center will conduct basic research in frontier areas of computer graphics, computer vision, and human machine interaction, at the intersection of artificial intelligence and machine learning. The VIA center will be headed by Prof. Dr. Christian Theobalt, scientific director at the Max Planck Institute for Informatics.

The initial funding from Google is over a period of four years with the intention of extending after the initial funding period has ended. Additional financial resources come from the Max Planck Institute for Informatics, both partners are committed to a long-term partnership.

Google and the MPI for Informatics will conduct joint research projects at the “Saarbrücken Research Center for Visual Computing, Interaction and Artificial Intelligence (VIA)”. The focus of the center will be basic research and the resulting work is going to be openly published. The VIA will also work closely with Saarland University and the numerous, internationally renowned computer science research institutes at the Saarland Informatics Campus, which is among the top locations worldwide for research in the fields of computer graphics, computer vision, human-computer interaction and artificial intelligence.

„The center will work on developing important methodical foundations of future intelligent, interactive, immersive and autonomous computing systems that could support humans in their private and work lives and that critically depend on advanced approaches in visual computing, interaction and artificial intelligence,“ explains the designated head of the new research partnership, Professor Christian Theobalt. The research conducted at the center could lay the foundations, for example, for new ways to communicate and interact with and via computing systems of the future, for better ways to enable intelligent computing systems to perceive and safely interact with the human world, for new ways to simulate complex scenes with computer graphics, for new ways to build highly immersive virtual and augmented reality environments, or for innovative ways to create intelligent visual digital assistants.

With the strategic partnership between the MPI for Informatics and Google, two world-leading institutions in computer science from academia and industry are working together to advance demanding challenges of the field. “The Saarbrücken Research Center for Visual Computing, Interaction and Artificial Intelligence will pave the way for new algorithms that, on the one hand, empower profoundly advanced functional capabilities in the aforementioned areas, and at the same time enable better accountability for the underlying algorithms in the form of enhanced explainability, robustness and trustworthiness”, says Shahram Izadi, Senior Director of Engineering and Research lead of AR at Google.

Saarland minister president Anke Rehlinger says: “The future forge [„Zukunftschmiede”] in Saarland is getting an outstanding boost. The cooperation between the Max Planck Institute for Informatics and Google is a great win for Saarland. The combination of top research and top companies can become the breeding ground of scientific knowledge on the one hand and economic strength on the other.“

The Max-Planck-Institute for Informatics in Saarbrücken is one of the world’s leading research institutes in Computer Science. Since the foundation of the institute’s establishment in 1990 it has researched the mathematical foundations of information technology in the areas of algorithms and complexity, as well as logic of programming. At the same time researchers at the institute have developed new algorithms for various application areas such as databases and information systems, program verification, and bioinformatics. Basic research in visual computing, i.e. computer graphics and computer vision, at the intersection to artificial intelligence and machine learning, is also an important focus of the institute. With publications at the highest level and the education of excellent young researchers, the MPI for Informatics plays a major part in advancing basic research in computer science.

The Max Planck Society is Germany’s most successful research organization. With 29 Nobel Laureates among the ranks of its scientists, it is on equal footing with the best and most prestigious research institutions worldwide. The more than 15,000 publications each year in internationally renowned scientific journals are proof of the outstanding research work conducted at Max Planck Institutes – and many of those articles are among the most-cited publications in the relevant field. The currently 86 Max Planck Institutes and facilities conduct basic research in the service of the general public in the natural sciences, life sciences, social sciences, and the humanities. Max Planck Institutes focus on research fields that are particularly innovative, or that are especially demanding in terms of funding or time requirements.

900 scientists (including 400 PhD students) and about 2100 students from more than 80 nations make the Saarland Informatics Campus (SIC) one of the leading locations for computer science in Germany and Europe. Four world-renowned research institutes, namely the German Research Center for Artificial Intelligence (DFKI), the Max Planck Institute for Informatics, the Max Planck Institute for Software Systems, the Center for Bioinformatics as well as Saarland University with three connected departments and 24 degree programs cover the entire spectrum of computer science.

Google’s mission is to organize the world’s information and make it universally accessible and useful. Through products and platforms like Search, Maps, Gmail, Android, Google Play, Google Cloud, Chrome and YouTube, Google plays a meaningful role in the daily lives of billions of people and has become one of the most widely-known companies in the world. Google is a subsidiary of Alphabet Inc.