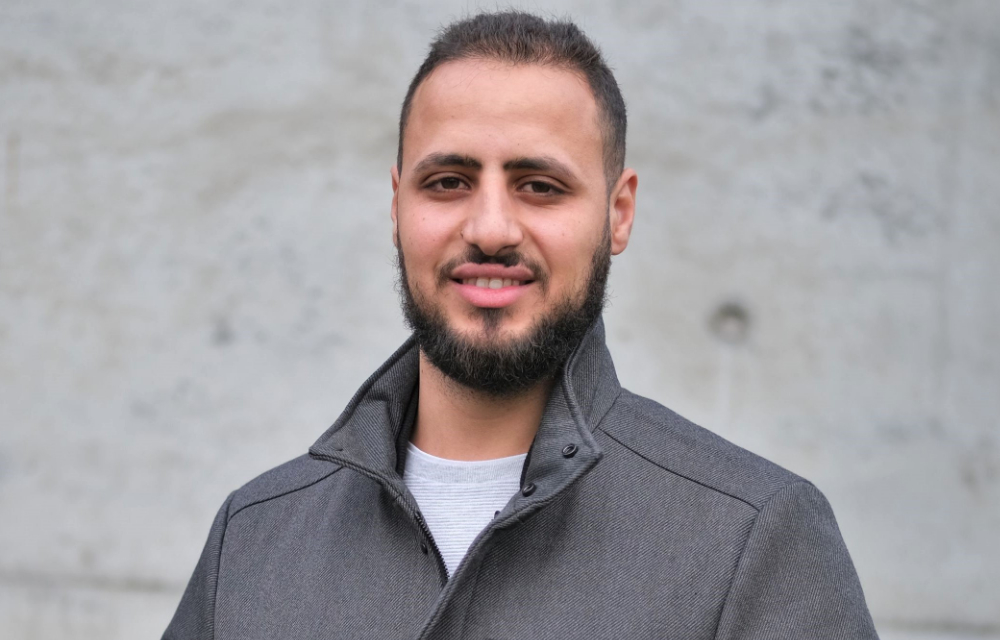 Hacane Hechehouche, a computer science student at Saarland University who is originally from Algeria, has won the German Academic Exchange Service (DAAD) Award for Outstanding Achievement by Foreign Students 2022. The prize is endowed with 1000 euros and is awarded annually to international students of German universities for particularly good academic performance and extraordinary social or intercultural commitment.The award ceremony will take place on Friday, 13 January 2023, from 3 to 4 p.m. in the Welcome Centre of the University (Building A4 4).

Studying with success, networking people from different cultures, getting involved in student initiatives: Hacane Hechehouche has experience in each of these disciplines – and excellent results. “You can give something from any position in life,” says the computer science student, who comes from Algiers. As student in school there, he was active in the Boy Scouts, and during his four-year bachelor’s degree in Turkey, he got involved in the International Student Association (ISA) and the volunteer fire brigade.

After an Erasmus semester in Warsaw and internships abroad at the University of Kassel and the German Research Center for Artificial Intelligence (DFKI) in Kaiserslautern, Hacane Hechehouche came to Saarbrücken in 2018 to study computer science. In addition to his studies, he works as a student assistant in Professor Philipp Slusallek’s research group “Agents and Simulated Reality” at the DFKI in Saarbrücken. He is enthusiastic about his Master’s degree and IT research, but voluntary work has also been part of Hacane Hechehouche’s life from the very beginning. For four years, he has been helping to bring refugees into contact with locals in Saarbrücken – by cooking together. The network (headquartered in Berlin) is called “Über den Tellerrand”, where people from different cultures meet once a month and exchange ideas.

For Hacane Hechehouche, getting involved with international students is part of everyday life at the university. He is not only a tutor in the International Office, but has also been an elected member of the “active idealists” in the student parliament (StuPa) for three years. It is important to him that this university-political group is not attached to any political party, but is committed “to the cause”. “I see it as my job to bring the concerns and needs of international students into the StuPa discussion,” explains the young man, who sees himself as a mediator between cultures.

Connecting students from different backgrounds is also the basic idea of the Erasmus Student Network (ESN). “At all the universities I knew until then, there was a local group of this international student organisation – but not in Saarbrücken,” Hacane Hechehouche remembers his early days on campus. So he set about preparing its foundation at Saar University: “For a year, we worked within the International Student Association (ISA) and organised events – in a way, as a precursor to the ESN.” Since Hacane Hechehouche and his colleagues received approval to found an ESN group in Saarbrücken, they have been meeting once a week and organising events such as game nights, excursions or hikes. In addition, the student founded the WhatsApp group “Saarbrooklyn” in 2019, which is still active today and supports the initial orientation of international students at Saar University.

Further information on the DAAD Award for International Students:
https://www.daad.de/de/der-daad/was-wir-tun/preise-auszeichnungen/daad-preis/