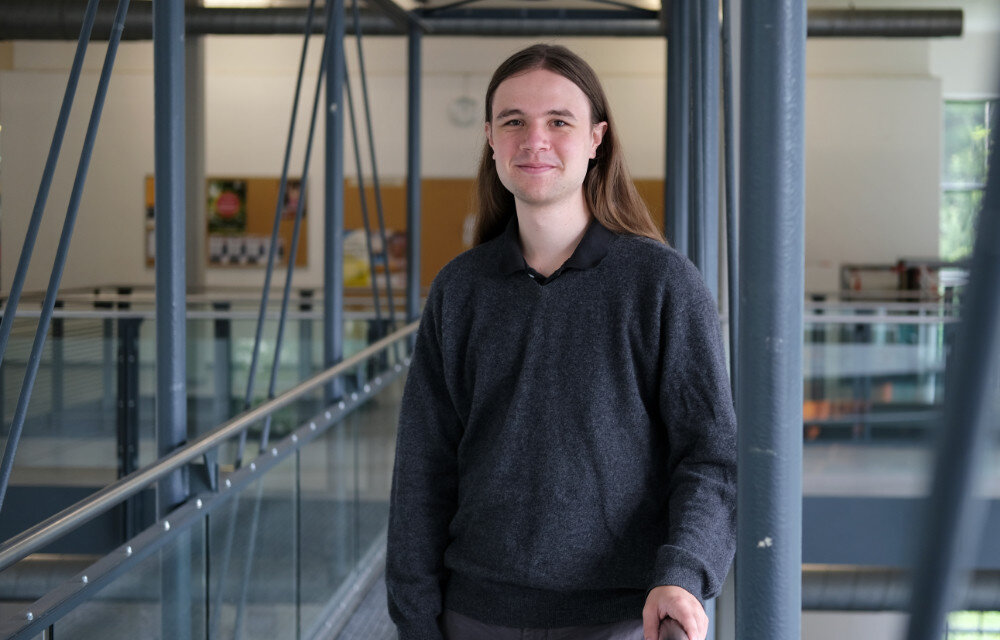 In his bachelor thesis, computer science student Jasper Slusallek deals with one of the most important problems in computer science: How can certain small structures be found as quickly as possible in large networks? For this he has been awarded the “Outstanding Undergraduate Thesis Award” at the “International Student Awards 2021” of the “Vienna Center for Logic and Algorithms”. The prize is awarded worldwide for outstanding bachelor’s and master’s theses in the field of theoretical computer science.

Jasper Slusallek’s bachelor thesis deals with the so-called subgraph isomorphism problem. “Put simply, it’s about recognizing certain small structures in larger networks and designing an algorithm that can complete this task as quickly as possible,” explains the computer science student. The subgraph isomorphism problem can basically be used to address the questions of many different disciplines: for example, it is used in medicine or chemistry to find certain structures in large chemical compounds. “This could be used, for example, to predict the way drugs work. Another use case could be the search for software plagiarism, for example,” says Jasper Slusallek.

“In theoretical computer science, however, you don’t just want to find fast algorithms, you also want to be able to prove that there is no faster approach, i.e. that you have already found the fastest algorithm,” the student continues. In his final thesis, together with his supervisor Professor Karl Bringmann, he has now been able to prove that one of the best-known algorithms for solving the subgraph isomorphism problem is already the fastest solution approach under certain conditions. “We have thus shown that for certain application scenarios it is no longer worthwhile to search for faster algorithms,” says Jasper Slusallek.

The 22-year-old has been studying computer science at Saarland University since the 2017/18 winter semester. For the past year, he has been preparing for his doctorate at the Saarbrücken Graduate School of Computer Science. According to the young computer scientist, the award for his bachelor’s thesis and its publication at an internationally renowned conference are an excellent basis for a further career in research. Together with his supervisor, Professor Karl Bringmann, he was able to publish an adapted version of the thesis at the renowned “International Colloqium on Automata, Languages and Programming”.

Background Saarland Informatics Campus:
800 scientists and about 2100 students from more than 80 nations make the Saarland Informatics Campus (SIC) one of the leading locations for computer science in Germany and Europe. Five world-renowned research institutes, namely the German Research Center for Artificial Intelligence (DFKI), the Max Planck Institute for Informatics, the Max Planck Institute for Software Systems, the Center for Bioinformatics and the Cluster for “Multimodal Computing and Interaction” as well as Saarland University with three departments and 24 degree programs cover the entire spectrum of computer science.