Students at Saarland University teach during the international “Hour of Code” 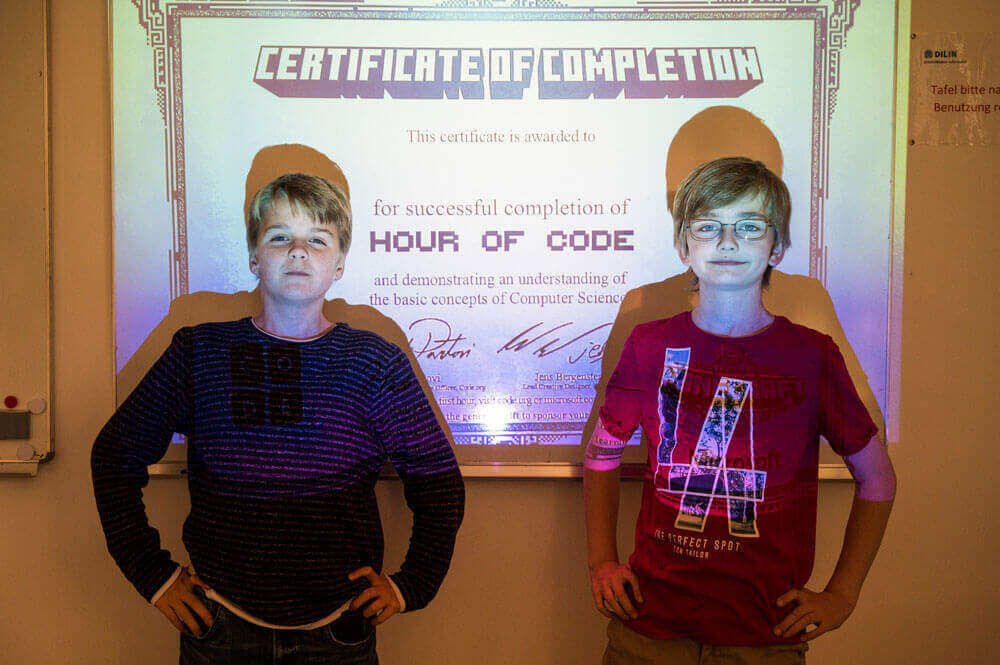 Moritz Marx and Jonathan Zeller with the certificate during the last Hour of Code. Credits: Oliver Dietze

For the third time, students of computer science at Saarland University are taking part in the international “Hour of Code” campaign, which traditionally takes place every year in the second week of December. In order to enable children to try out programming for a whole hour, this year the students visit six schools in Saarland and offer an introduction to programming to a total of 13 classes.
During this introduction, the pupils will be motivated by characters from the computer game “Minecraft” and the movie “Star Wars”. Step by step they learn the basics of programming and receive a certificate at the end.

The “Hour of Code” was created by “Code.org”. Founded in 2013, this non-profit organization aims to inspire as many people as possible, especially children, to become interested in computer science. To this end, Code.org launched the “Hour of Code Challenge” in 2013 during the annual Computer Science Education Week in the second week of December. Promoted by then US President Barack Obama, 20 million people took part in the event, and more than 600 million lines of code were written. By October 2014, approximately 40 million students had participated in a Hour of Code lesson. The current actions are shown online at a world map, which can be accessed via the following link: https://hourofcode.com/de
/gb