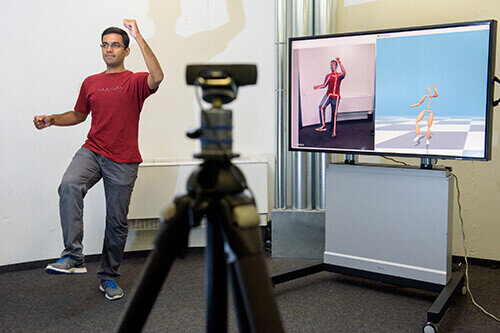 Whether it’s for computer games, motion analysis in sports, or even medical examinations, many applications require that people and their movements are captured digitally in 3D in real-time. Until now, this was possible only with expensive systems of several cameras, or by having people wear special suits. Computer scientists at the Max Planck Institute for Computer Science have now developed a system that requires only a single video camera. It can even estimate the 3D pose of a person acting in a pre-recorded video, for instance a YouTube video. Hence, it offers new applications in character control, virtual reality and ubiquitous motion capture with smartphones.