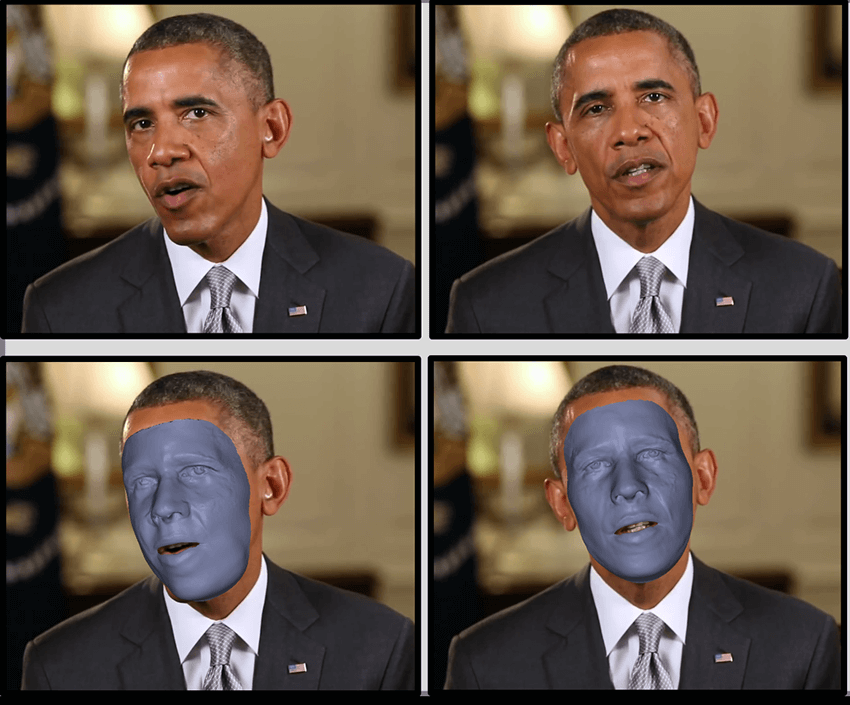 Today’s film industry no longer relies solely on the skill of actors: in the latest movies, their faces are often edited on a computer after the shoot has finished. To do so, computer animation specialists need three-dimensional models of their faces (face rigs), which until now they have created using complex measuring techniques and then manually inserted into film scenes. Researchers from the Max Planck Institute for Informatics and the media company Technicolor have now shown how this can be accomplished more easily and much faster. All they need is a standard video and some computing power to produce extremely detailed face models. The computer scientists have developed new methods which enable them to reconstruct surfaces from videos and then alter them on the computer.